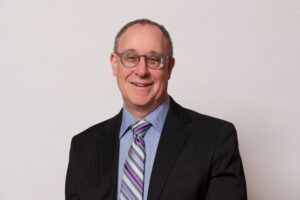 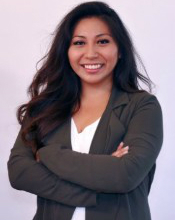 Dr. Ptak brings decades of extensive knowledge, training and skills, combined with his deeply compassionate, caring nature, to provide personalized, results-oriented care for each and every patient. His vision is to help thousands of people live healthy, pain-free, fulfilling lives of purpose and prosperity.

Born and raised in New York City, Dr. Ptak had dreams of becoming a doctor. While studying neuropsychology in graduate school, he injured his neck and lower back, which redirected his life’s purpose. Determining that the western medical model did not have the solutions to restore him to optimum health and well-being, Dr. Ptak sought a different approach. His search led him to chiropractic care, where he regained his health and changed his career path from western medicine to studying across the country at the world-famous Los Angeles Chiropractic College. While there, he deepened his understanding of health and wellness for the whole person.

Dr. Ptak has a love for children and sports. Baseball, football and hockey were his favorites to watch and play growing up. An avid baseball player with major league aspirations, Dr. Ptak was a little league pitcher and pitched his way through high school years. A hurdle he fought to overcome was asthma. While under his chiropractic care for his spinal injuries, Dr. Ptak’s childhood asthma cleared. After 22 years of asthma medication, Dr. Ptak became drug free, and has remained such for over 40 years. His passion for athletes and children grew out of these miraculous events.

After earning his Doctor of Chiropractic in 1985, Dr. Ptak established Ptak Family Chiropractic in Santa Monica one year later. He has continued to educate himself about the connection of health, mind and body, with additional training in holistic health, acupuncture, nutrition, mind body medicine, functional neurology and neurospinal biomechanics. In 2009, Dr. Ptak went back to graduate school at the University of Santa Monica for a Master of Arts degree in Spiritual Psychology, which gives him a unique perspective of how one’s consciousness influences their physical well-being.  Dr. Ptak received a second master’s degree from USM in 2016 with an emphasis on Consciousness, Health and Healing.

Dr. Ptak has continued his post graduate education in Functional Neurology for over 20 years, completing courses for diplomat status at The Carrick Institute of Graduate Studies in Cape Canaveral, Florida and through IAFNR focusing on neurodevelopmental issues in children.

Dr. Robert Sanders graduated from Miami University of Ohio with a bachelor of science degree in Kinesiology in 2015.

Originally planning to attend Osteopathic College after graduation, influenced by a lifelong family friend who was a Doctor of Osteopathy, Dr Sander’s journey took a turn in 2014.  As a senior in college, Dr. Sanders herniated a disc in his lower back while weight-lifting.  After his back did not heal under osteopathic care, Dr. Sanders was referred to a Chiropractor by his mother.

Within 3 months under chiropractic care, his back pain and disability improved.  Dr. Sander’s was able to stop the pain killers and anti-inflammatory drugs that were prescribed to him by his Osteopath.  Chiropractic brought forward a new and deeper passion to serve and help others.

After 2 years abroad, Dr. Sanders has made the decision to return home to the United States, looking to set up roots in a family-oriented community.  Dr. Sanders has chosen to live and serve our Southern California community by joining the Ptak Family Chiropractic team.

Dr. Sanders has a passion for sports, growing up playing baseball, football, and golf.  While living in South East Asia he developed a passion for both surfing, and hiking.   One constant in his life beyond Chiropractic is the time he spends with his dog Coco.

Yesenia Ramirez skillfully assists Dr. Ptak with patient care while also running the front office efficiently. She has been a stabilizing presence at Ptak Family Chiropractic since 2011, while earning her Bachelor’s degree in Kinesiology at Cal State Dominguez Hills. Prior to that, she worked for several other chiropractors.

A native Los Angeleno, Yesenia takes health care very seriously. Her enthusiasm for Chiropractic and natural health came from an upbringing where her family’s approach was one of proactive health vs. a more traditional symptom-based model of care. Since both her parents worked, Yesenia was responsible for helping take care of the younger children in her large family, and caring for kids remains a passion. This is why Yesenia especially loves supporting the families who come into the Ptak Chiropractic office, which she does in her uniquely gentle, comforting way.

Currently enrolled in a Master’s program in Kinesiology, Yesenia looks forward to assisting our patient base with her ever-expanding knowledge in the fields of Occupational Therapy and Physical Therapy. She plans to combine these skills with the Ptak Chiropractic philosophy and principles of a healthy, brain-based, neurological model of healthcare.